5 Strange Phenomena Around the World Explained

From 'doors to hell' to crooked forests, the world is full of wonder.

Send by email
From 'doors to hell' to crooked forests, the world is full of wonder.

1. The Door to Hell – This bizarre-looking crater that is filled with fire and flames has been burning nonstop for over 40 years.  Back in 1971, Soviet geologists found a plot of land that they suspected was rich with oil.  They quickly began drilling operations, but after some time failed to find any oil.  After failing to find oil, they quickly realized that they were sitting on a giant gas crater, and it collapsed shortly after their drilling.  Fearing that this gas was poisonous, they set it on fire, hoping to burn out the remaining supply.  The crater has been burning nonstop ever since.

The crater, which is 69 meters wide and 39 meters deep, attracts 12,000 to 15,000 visitors each year and is located near the Derweze village in the middle of the Karakum Desert, Turkmenistan.

2. Sailing Stones – Sailing stones are a geological phenomenon in which rocks of all shapes and sizes seemingly slide across the ground on their own.  These magical stones and their trails have been found in varied locations, but they are notorious at Racetrack Playa in Death Valley National Park, where they occur in great numbers and their trails are quite long.  There was much speculation surrounding how these rocks moved; it was eventually discovered that the rocks are pushed by low wind speeds over thin sheets of melting ice.

3. Land Mirror – The world’s largest salt flat is Salar de Uyuni, spanning an impressive 4,086 square miles in the Daniel Campos Province of Ptosi in southwest Bolivia.  This massive salt flat produces a stunning mirror effect.  This particular salt flat is the result of numerous prehistoric lakes undergoing different transformations.  Its crust is made of salt and covers a large pool of brine, a substance known for having high lithium content levels.  In fact, it contains 50 to 70 percent of the world’s lithium reserves.

4. Glowing Beaches – Down in the Maldives lies a beach that is notorious for the display of brightly-glowing blue lights.  Similar to something you might read in a science-fiction novel, the beach comes to life periodically at night as ‘ostracod crustaceans’ go through, what is believed to be, a mass mortality.  Commonly mistaken for bioluminescent phytoplankton, ostraccods emit light for longer than their plankton peers. 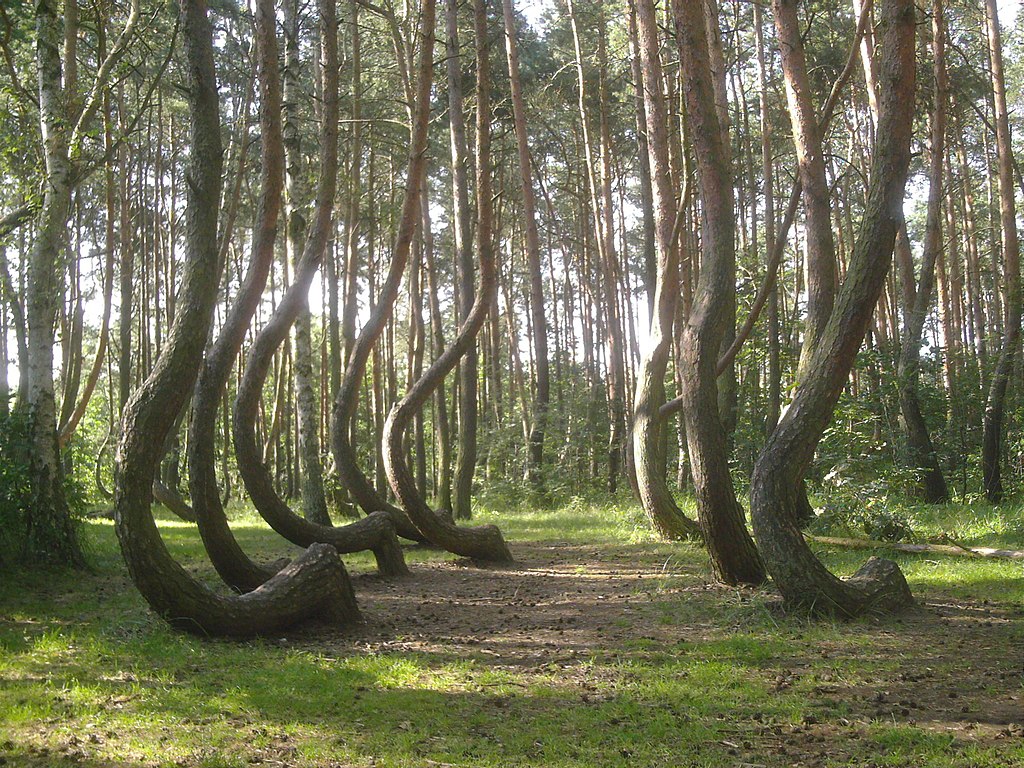 5. Crooked Forest – Located just outside of Nowe Czarnowo, West Pomerania, Poland, is a beautiful grove of trees that are entirely different from any other trees you’ve ever seen before.  It has about 400 different pine trees that were planted sometime around 1930.  While it currently remains unknown as to how or why these trees have been shaped this way, it has been speculated that they were manipulated in order to provide naturally curved timber for use in construction projects.

This blog post has been reproduced with the permission of Expanded Consciousness. The original blog post can be found here. The views expressed by the author are not necessarily endorsed by this organization and are simply provided as food for thought from Intellectual Takeout.﻿﻿﻿﻿﻿﻿﻿﻿﻿﻿﻿﻿﻿﻿﻿﻿﻿﻿﻿﻿﻿﻿﻿﻿﻿﻿﻿﻿﻿﻿﻿﻿﻿﻿﻿

Is School Preventing People from Growing Up?

So you think you're smart? Take the Final Jeopardy quiz and find out.

The PC Culture Has Thrown Common Sense Out the Classroom Door

The Electoral College is Genius

The Myth of the Pagan Origins of Christmas